The establishment of Dáil Éireann and the shooting dead of two Royal Irish Constabulary Policemen in early 1919 were the sparks that ignited Ireland’s War of Independence.

The guerrilla conflict between the British State, the Irish Volunteers, and the Irish Republican Army did not conclude until a treaty was signed in July 1921. Parallel with the military campaign was the political confrontation between the separatist Sinn Féin party and the British Administration based in Dublin Castle. Sinn Féin had managed to secure election victory in every county outside of the Unionist stronghold of Ulster, with the exception of Waterford.

The combined forces of the pig-buyers, the Unionists of the ascendancy class, and those who had supported the War effort remained loyal to John Redmond and the Irish Parliamentary Party.The arrival of the Black and Tans to reinforce the police in Ireland led to a great increase of violence and encouraged the people of the Déise to join in the struggle to secure an independent Irish nation.

The Tramore Ambush at Pickardstown was another nail in the coffin of British colonial rule.

Tramore of our Times

The book, Tramore of our Times – Aspects of twentieth century social history is written by historian and Tramore native, Maxine Keoghan.

Tramore is primarily associated with tourism and a visit to the beach, the races or with having fun at the amusements. The more noted landmarks include the Metal Man and the Sea Horse Commemorative Cairn. For some, Tramore is a wonderful place to visit, but for others, Tramore is where we call home. It became apparent that the knowledge and way of life of the people of past generations was gradually being lost. With this in mind, Maxine interviewed over 40 Tramore people in a five year period to produce a multi-layered depiction of the sea-side resort.

Tramore of our Times carefully crafts an account of life in Tramore from the 1920s to the 1960s. The social histories include education, emigration, health and welfare, the traditions of how people lived and worked along with the influence of the Catholic Church. Further emphasis was placed on the people of Tramore from Peter Street to Priest Road to the Tank Field.

Accounts of businesses include Lodges grocery and hardware stores, the Murray family who were blacksmiths, Molloy’s butchers and Halligan’s bike sales and radio repairs. The story of Gerard Stubbs, his boot-making business, his service with the coast guard and his local tours is wonderful to read. The story of the Brennan brothers was placed in the context of World War One and Irish Independence and outlines the complex nature of Irish history. 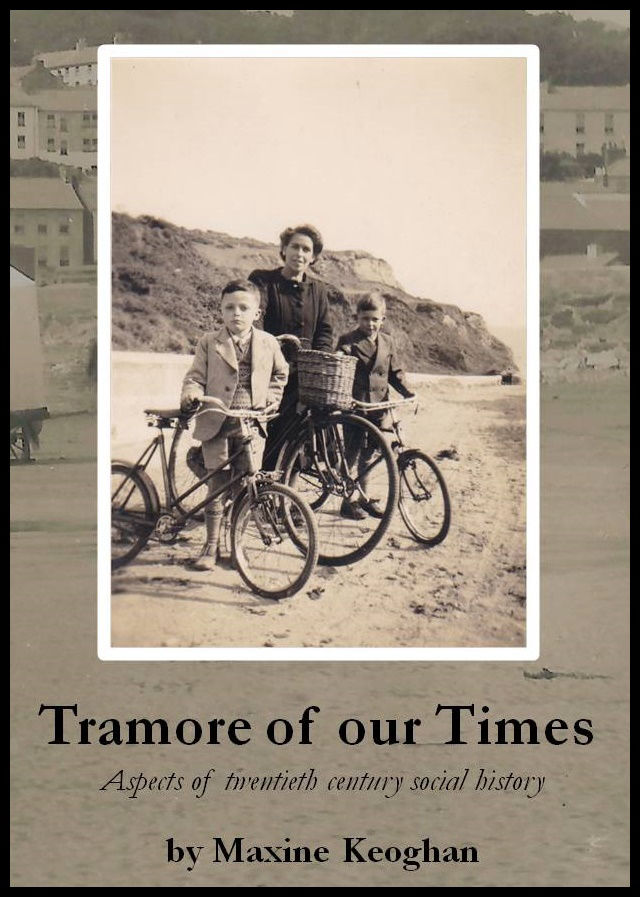 The Tragedy of the Sea Horse in Tramore Bay, 1816

On the 30th January 1816 the transport vessel the Sea Horse, foundered in Tramore Bay with the loss of 363 lives. The unexpected storm force conditions along with a substandard ship ensured the tragedy was recorded as one of Ireland’s worst maritime disasters.

Those on board included the 2nd Battalion of the 59th Regiment who had bravely fought in the wars against Napoleon. Among those who perished were Irish men along with their wives and children.

With written contributions by Maxine Keoghan, Julian Walton, George Thompson, Paul Brent and Sandra Counahan accompanied by illustrations by Jane Butler. Proceeds of the book assist with funding the activities of Tramore Heritage.